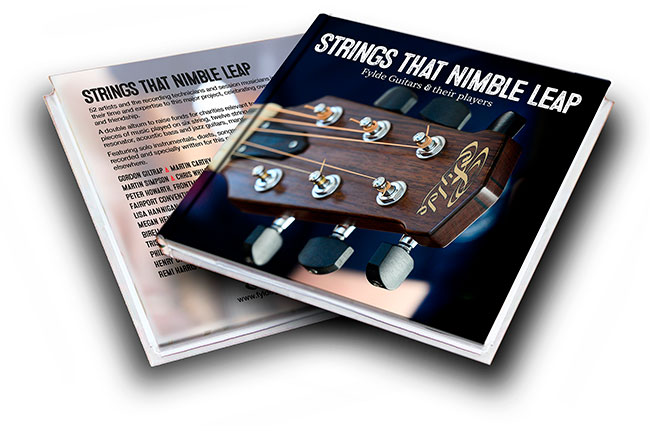 Nick is delighted to have been asked to join the long list of amazing contributors for this major CD release from Fylde Guitars in aid of MIND, Help Musicians UK and The Woodland Trust. The album will be available from 7 June 2019 from Fylde Guitars directly.

Roger Bucknall MBE (Fylde Guitars)
“The idea for this project has been bubbling away for many years. The original “Fylde Acoustic” Album was made in 1977, but is, sadly, no longer available. I have mentioned the possibility of an “update” many times, and when Chrys Titshall raised it with me in 2018, I realised what a great opportunity we had, with such a long list of artists and friends who might be willing to help.

“Moira and I have often discussed finding a charity that we could devote some time to, but then life gets in the way and the time simply disappears. Here we had an almost ready-made opportunity to build an exciting project that might raise some decent sums of money for important causes.

“We all know people who need help. Musicians often work by themselves, and sometimes have less of the support that others have. This was a “moment of clarity” for us, which made sense of the whole idea, it didn’t need to be simply a marketing opportunity or a vanity project. We could raise money for charities that support musicians.

“Trees are obviously very important to me, to guitar making and to music. The idea of helping to plant trees was the final piece of the jigsaw, the whole project seemed complete, at least in principle.

“What had not occurred to us was that it would take nine months, and many sleepless nights.

“We think it was worth the effort, we hope you do too”.

Featured artists on the album: