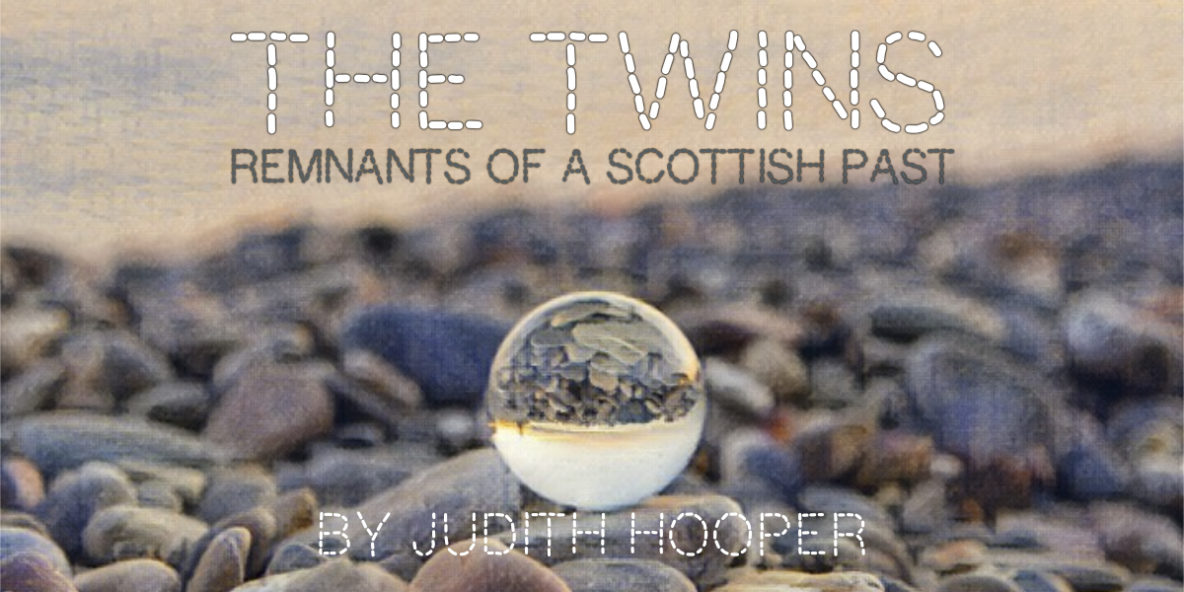 They were always there, the two of them. A permanent feature of my childhood, never changing with the seasons or the years.  I would hear the screech of their gate, then watch them walking past our front garden, pulling a battered tartan shopping trolley between them, wearing knitted hats, duffle coats, and patched, home-made tweed skirts whatever the season or weather.  They always looked the same: skin white and waxy, never exposed to sunlight, lips bright red with lipstick, hair cut in bobs in the fashion of their youth.

I don’t know which was the elder by a few minutes, but Milly was in charge, answering for both of them. Joan was sweet, pretty and timid, her voice low and gentle.  Their paintings were so familiar to me – hanging on our walls for as long as I can remember – that I hardly knew if I liked them or not. One was of our old rocking horse in the hall: cracked and with paint peeling, I had climbed on that Edwardian relic ever since I was big enough not to fall off it. They had crept into our hall while we were on holiday and they were watering my mother’s tomato plants, put dust sheets on the worn carpet and painted the horse in secret.

They worked together on each painting, and every one was signed by them as an undividable unit, both names inscribed neatly in the bottom right corner.  The hues were muted, sage greens and grey-blues.  They would invite us next door to view their new work: scenes of North Berwick, my mother’s garden, triptychs of vases and chairs. Like the artists who created them, the paintings were constant, never changing in style or colour.  Even as a child, sometimes I would look at them and feel the urge to shout out ‘What about red? Or yellow? Or pink!’  And yet there was something utterly reassuring about that constancy and predictability, like always knowing the waves will break on the shore.

They would paint in their back room at night, finding that the most peaceful time. And indeed it would have been, providing relief from our constant piano or violin practice through the wall.  It was part of the normality of it all, that we’d never ring their door-bell before late morning – ‘Don’t go round now, they’ll be sleeping’. I remember once taking them a picture I was immensely proud of – a felt-tip drawing of a Highland woman with a baby, and a drawer full of porridge. I don’t think they were impressed. My mother always passed on our old home-made clothes and fabrics to them, and they would reappear in the form of one-off Christmas presents.  I can still remember the handkerchief case made from my mum’s old dressing gown, my name embroidered in the corner in black thread; and for years I treasured a clown they made me out of another familiar scrap.  I named him Chino and loved him until his felt face fell to pieces. Their best work, though, they would create in their front room, sitting under the standard lamp: embroidered miniature portraits of Mary Queen of Scots or details from Impressionist paintings, delicate, beautifully stitched pieces, astonishing in their precision and closeness to the original.

Their carpets were worn, their walls grimy and grey. ‘We’re allergic to dust, we can’t touch it’, they would say. With their patched skirts and frugal life-style, we always assumed that they lived in near poverty, though it was rumoured that they had a rich uncle. Once or twice they disappeared in a taxi, apparently throwing all thrift to the four winds, to a rented holiday flat in North Berwick, reappearing briefly, half-way through the week, to pick up some meat from the local butcher – ‘We trust him, you know’ – only to disappear off in another taxi just hours later. Perhaps, underneath it all, lurked a streak of rashness.  My father told me they’d driven ambulances in the WRENS, and I imagined a daring, confident past before they retreated into their reclusive life as sister artists.

When I was eight or nine I became ill with something close to glandular fever, and took months to get well.  They came round, sat in our front room with a cup of tea and announced in a matter-of-fact tone: ‘Don’t worry, we’ll send you healing’. Perhaps it was then that they told me about their crystal ball.  It all seemed normal to me, and probably planted the seed of a life-long acceptance of the power of the human spirit to tap into something beyond the obvious.

I grew up, moved away, returned home rarely.  One of the sisters died suddenly, the other went to live in a care home.  The house was sold, a young couple moved in, started a family.  The walls were cleaned and painted, the staircase moved, the squeaky gate replaced.  Like pebbles being washed out by the waves, all signs of the twins’ life there disappeared. I gave away the tiny version of the rocking horse painting that they had given me.  I’ve looked them up on Google, and can find no trace of them. But on occasions when my child has been sick, I have wrapped her in my arms and thought healing thoughts.  Perhaps that is something they gave me that won’t be lost.